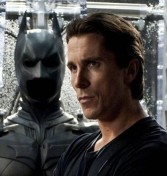 <p>Months after Disney fired James Gunn over off-color tweets, the director has been picked up by another studio. <em>Deadline</em> reports that Gunn has been hired by Warner Bros. to write, and possibly direct, the next <em>Suicide Squad</em> movie. The studio originally picked Gavin O&rsquo;Connor to direct the film, but he&rsquo;s currently directing Ben Affleck in <em>Torrance</em>.</p>

<p>Apparently, Gunn plans to take a &ldquo;completely new take on the property.&rdquo; Hopefully, Gunn has something in store for us that will make us forget how abysmal the first one was. As for <em>Guardians of the Galaxy Vol. 3</em>, it&rsquo;s still unclear who&rsquo;ll direct the film. Many sources has said Disney still intends on using Gunn&rsquo;s script. The project is currently on hold while they find a new director.</p>

<p>The CW and Warner Bros. treated fans to an early look at Ruby Rose all suited up as Batwoman. The image shows Rose donning the bad ass outfit, designed by award winning costume designer Colleen Atwood, with fiery red hair spilling over her cowl. She fiercely holds out her cape clearly ready to take on the baddies.</p>

<p>Rose will make her first appearance as the superhero during the Arrow-verse crossover event, which airs on The CW December 9. After that, Rose will star in a standalone Batwoman show. Caroline Dries (<em>The Vampire Diaries</em>) is writing and producing the show along with Greg Berlanti, Sarah Schecter, and DC&rsquo;s Geoff Johns. The series revolves around Kane who patrols the streets of Gotham as Batwoman, an out lesbian and expert street fighter set to fix the city&rsquo;s growing criminal resurgence. While she&rsquo;s saving others, she still has her own demons to battle.</p>

<p>Batwoman is a trailblazer for LGBTQ+ representation in comics. After a lengthy hiatus, she was reintroduced to the DC comic universe in 2006 where she was revealed to be a Jewish lesbian, making her the first lesbian superhero title DC character. If the show goes into production, she would be the first gay lead character of a live action superhero series.</p>

<p>&nbsp;Rose&rsquo;s casting is important to note since she&rsquo;s an openly gay actor who identifies as gender fluid.</p>

<p>Jud wasn&rsquo;t lying when he famously uttered, &lsquo;sometimes dead is better&rsquo; as we see in the first trailer for the <em>Pet Semetary</em> remake. The clip sets up an unsettling tone filled with children wearing animal masks, marching to the titular cemetery. We then see Louis (Jason Clarke) and Rachel Creed (Amy Seimetz), mom and dad of a young family just moving in and, of course, their young daughter is drawn to the spooky cemetery. Its power prove to be too great when Louis is drawn to the ancient burial ground after tragedy strikes the family.</p>

<p>Disney is pumping out live-action remakes of their animated classics and next on their list is <em>Aladdin</em>. We got an unexpected treat last week when Will Smith, who voices Genie, shared the first teaser poster on Instagram. With the caption &ldquo;LEMME OUT!! Can&rsquo;t wait for y&rsquo;all to see me BLUE!&rdquo; the poster features the magic lamp front and center with smoke coming out hinting at Genie&rsquo;s inhabitance.</p>

<p>A day later, Disney dropped the first teaser trailer for the film. The clip doesn&rsquo;t reveal too much mainly focusing on the desert setting with the palace lurking in the background. It ends with Aladdin reaching for the magic lamp.</p>

<p>Despite a successful second season, Danny Rand won&rsquo;t be back for the third outing. <em>Marvel&rsquo;s</em> Iron Fist has been officially canceled by Netflix. Marvel and Netflix revealed the news to Deadline in the following press statement:</p>

<p>&ldquo;Iron Fist&nbsp;will not return for a third season on Netflix. Everyone at Marvel Television and Netflix is proud of the series and grateful for all the hard work from our incredible cast, crew and showrunners. We&rsquo;re thankful to the fans who have watched these two seasons, and for the partnership we&rsquo;ve shared on this series.&rdquo;</p>

<p>The series may be over, but the statement hints it won&rsquo;t be the last time the <em>Iron Fist</em> will be seen on-screen in Marvel universe. Iron Fist is now the first Marvel Netflix original to be canceled, though things aren&rsquo;t looking so great for The Defenders either.</p>